Paul McCartney has worked with some of the world's most talented acts.

Paul McCartney may be one of the greatest musicians on the planet as a solo artist, but whenever he gets together with another trailblazer, magic happens. From Michael Jackson to Kanye West, he has worked with so many greats - and it's likely there will be many more. 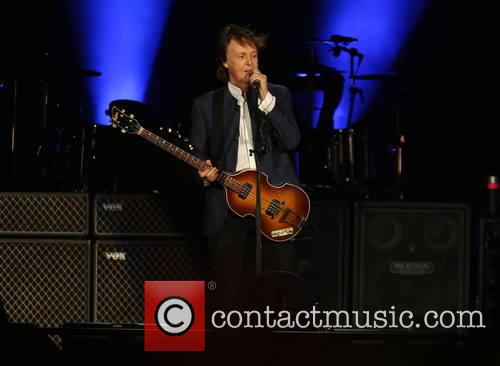 1. 'The Girl Is Mine' with Michael Jackson - One of Paul McCartney's most famous duets was with MJ on the latter's landmark 1982 album 'Thriller'. They also collaborated on the song 'Say Say Say' which featured on Paul's fourth studio album 'Pipes of Peace' the following year.

2. 'Ebony and Ivory' with Stevie Wonder - Stevie and Paul reached number one in the US and the UK with their anthem on racial equality. It appeared on Paul's 1982 album 'Tug of War' and has since resurfaced on his 'All the Best!' compilation anf Stevie's 'The Definitive Collection' from 2002.

3. 'Heal the Pain' with George Michael - Paul recorded the late Wham! singer's 1991 single as a duet in 2006, as part of George's chart-topping greatest hits compilation 'Twenty Five'. While it is one of George's original songs, the re-arrangement was down in the style of Paul.

4. 'Only One' with Kanye West - Perhaps the most unexpected of all Paul McCartney's collaborations so far, this was the precursor to the Platinum hit 'FourFiveSeconds' on which they also collaborated with Rihanna. As well as singing on this original tune, Paul also provided the piano accompaniment.

5. 'New Moon over Jamaica' with Johnny Cash - Paul McCartney wrote this little country song with Johnny and songwriter Tom T. Hall for Johnny's 75th album 'Water from the Wells of Home'. Released in 1988, the album was produced by Jack Clement and also featured duets with the Everly Brothers and Hank Williams, Jr..

6. 'A Friend Like You' with Brian Wilson - This previously unreleased Brian Wilson track was released as part of his 2004 solo album 'Gettin' In Over My Head'. He enlisted Paul to accompany him on this particular track, and also worked alongside Elton John and Eric Clapton.

7. 'The Very Thought of You' with Tony Bennett - For his 2006 album 'Duets: An American Classic', Tony teamed up with a number of contemporary musicians including Paul McCartney, with whom he recorded this pop standard. Originally released in 1934, it was written by Ray Noble and first recorded with Al Bowlly on vocals.

8. 'All of Me' with Eric Clapton - This 1931 jazz standard, originally recorded by Ruth Etting, was included on Clapton's mostly-covers album 'Old Sock' from 2013. As well as being a co-vocalist, Paul also played bass on the song. Paul and Eric previously worked together on the Beatles song 'While My Guitar Gently Weeps'.

9. 'Let It Be' with Billy Joel - A Beatles classic, Paul and Billy performed this 1970 number one single in 2008 in New York City, to be recorded for the latter's live album 'Live at Shea Stadium'. The record also featured their duet of another Beatles hit, 'I Saw Her Standing There'.

10. 'Come and Get It' with Hollywood Vampires - This was a song originally composed by Paul for the 1969 film 'The Magic Christian' and performed by the rock group Badfinger. He created another arrangement for supergroup the Hollywood Vampires with vocals by him and Alice Cooper for the band's self-titled debut studio album in 2015.