If you're going to attend one US music festival this year, make it Desert Trip. With an incredible old school rock 'n' roll line-up featuring Paul McCartney and The Rolling Stones, this could be one of the most memorable shows you'll ever get to experience. 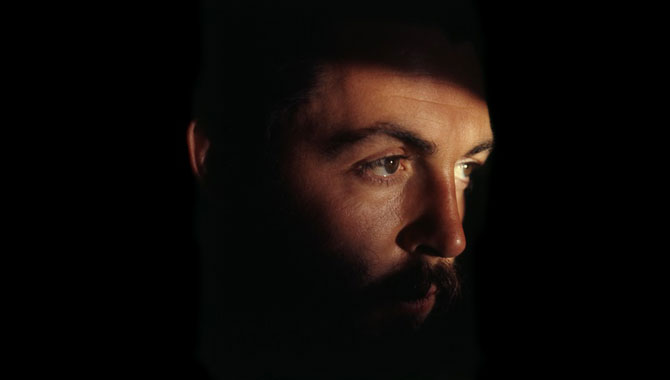 Without wishing to overwhelm you, Desert Trip Festival offers six massive headliners; all pioneering legends of the 60s and 70s; who will perform over the course of the three-day event from sundown. They are The Rolling Stones, Bob Dylan and His Band (Friday), Paul McCartney, Neil Young + Promise of the Real (Saturday), Roger Waters and The Who (Sunday).

The event will take place at the Empire Polo Club in Indio, California; a venue that will be familiar to avid festival goers as the home of Coachella Valley Music and Arts Festival, itself an acclaimed and increasingly popular Spring haunt featuring the best of current pop music.

There's little excuse not to go, to be honest. It hardly interrupts the general festival schedule, taking place well after the summer's over, plus it's billed as a 'once-in-a-lifetime concert' suggesting it really is now or never. On the other hand, your bank account won't thank you with general 3-day admission tickets setting festival-goers back a cool $399; single day passes aren't much easier on the wallet - that's $199.

Ensuing poverty aside, it's a small price to pay for a line-up you'll need a miracle to get to see again.

Desert Trip Festival will take place from October 7th to 9th 2016; tickets go on sale on May 9th. 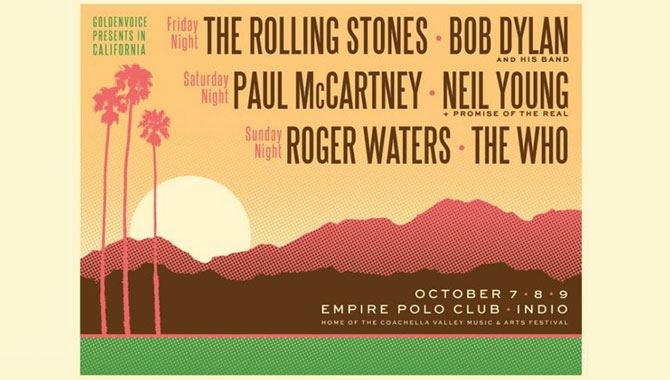