McCartney told BBC Radio Scotland that he often dreams that The Beatles got back together.

For those music fans among you who have dreamed that The Beatles got back together, you’re not alone: Sir Paul McCartney, in fact, often imagines what it would be like if he could reform the Fab Four.

The 76 year old bassist and singer, speaking to BBC Radio Scotland for a new interview, revealed that he has reunited with his former bandmates in his dreams.

The segment, lasting three hours, is due to be broadcast on December 29th, but a preview snippet reveals that McCartney tells interviewer Billy Sloan that it would have been “great to get The Beatles back together again”, adding: “But we can’t, so sadly, that’s not going to happen.”

McCartney, one of the two surviving members of the Fabs alongside Ringo Starr, then explained that he still has dreams involving John Lennon and George Harrison. 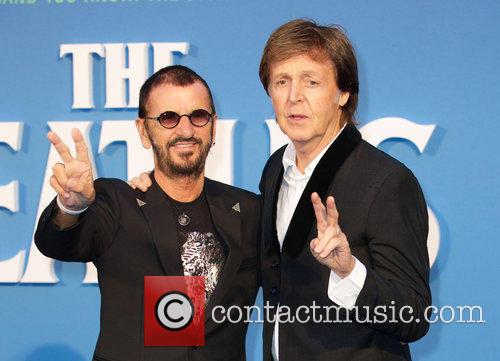 Paul McCartney with Ringo Starr in 2015

“As a musician, you often have dreams about being in the studio or on stage so I’m often with the guys,” he said. “Just the other morning I woke up and I was with George. And that was very nice. That’s how I run into John and George these days. So The Beatles have reformed. In my head.”

Lennon died on December 8th, 1980 in New York City, having been shot by Mark David Chapman. Guitarist Harrison died in November 2001 after receiving treatment for lung cancer, having survived a horrific burglary in which he was stabbed multiple times.

Of course, McCartney wowed his long-term fans by staging what’s left of a possible Beatles reunion by inviting Ringo on-stage during his gig at London’s O2 Arena last week. Along with Rolling Stones guitarist Ronnie Wood, the three played a version of The Beatles’ late Sixties hit ‘Get Back’.

That’s as good as it can get for Beatles fans, but McCartney admitted it would be “beautiful” if a full reunion magically ever could happen.