Paul McCartney surprised an audience of New York City students at the Frank Sinatra School of the Arts in Astoria and played a full set. 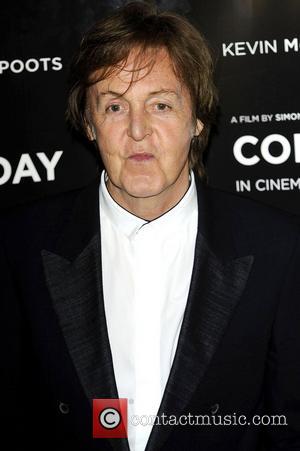 Sir Paul McCartney surprised 400 students from Queens High School in New York on Wednesday (Oct 7th) by playing a surprise gig for them.

The Frank Sinatra School for the Arts' auditorium was packed full of the city's best art students and had McCartney conduct a "master class".

"This beats going to class", said the 71 year-old as he graced the stage with his band and the screaming audience indicated that they to agree.

The ex-Beatles star played a full 13 song set which included three tracks from his upcoming album 'New' and the usual fan favourite classics.

The surprise appearance acted as a promotional event for the release of his first solo material in six years, he also told the audience the freedom he now benefits from performing live music lets him play "something they didn't know they wanted from you."

The concert was filmed by iHeartRadio and will be broadcast on a wide range of radio stations as well as online at Yahoo! on Monday (Oct 14th).

The concert and McCartney's first wedding anniversary to wife Nancy Shevell fell on the same day, as did what would have been John Lennon's 73rd birthday, so it was an occasion for celebration.

In between playing hits like 'Lady Madonna' and 'We Can Work It Out', the 71 year-old engaged in a Q&A session with the ecstatic students, with one eager student asking "How are you?", in which McCartney replied "Groovy!"

The students, who are all aspiring artists, performers and musicians, were more interested in asking questions about McCartney's youth, and the best advice he gave them was, "When we first started out, I was terrified of doing anything wrong on stage, but then I learned that people don't mind. They actually kind of like it!"

McCartney's forthcoming album 'New' is set for release on October 15th 2013 and his live set will be aired on Clear Channel radio stations, iHeartRadio and Yahoo! on Monday 14th October 2013. 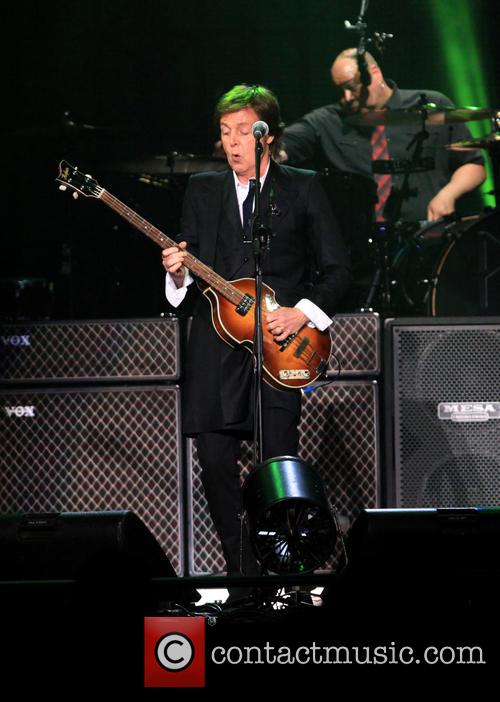