It may have been 50 years since The Beatles released ‘Yesterday’, but on Saturday night in front of a packed crowd at London’s 02 arena, 72 year Paul McCartney proved he’s certainly still got it. 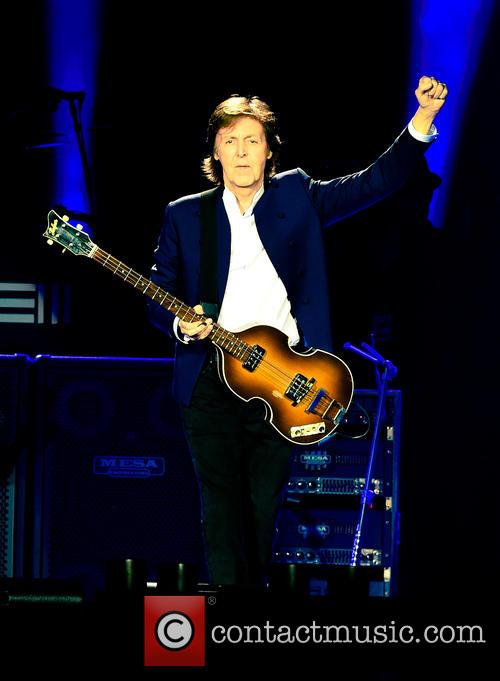 Paul McCartney performing at the 02 Arena in London.

The former Beatle played a career spanning three hour set for the enthusiastic crowd, opening with 1964’s ‘Eight Days A Week’. Macca then took the audience through his storied career playing classics from his Beatles’ days such as ‘Paperback Writer’, The Long and Winding Road, ‘Hey Jude’ and ‘Lady Madonna’.

Macca’s Wings career was also accounted for, with anthems ‘Live and Let Die’ and ‘Band on the Run’ echoing through the sold out arena. Rarer tracks such as 'Another Day', his first solo single and 'Temporary Secretary' also helped keep the diehard Macca worshipers on their toes.

During the encore McCartney was joined on stage by Foo Fighter Dave Grohl, who helped him out on guitar for Beatles classic ‘I Saw Her Standing There’. The pair had previously performed the song together at the 2009 Grammy awards where Grohl sat behind the drum kit.

McCartney closed the 40 song long set with the White album’s infamous ‘Helter Skelter’, before launching into the Abbey Road medley of ‘Golden Slumbers', ‘Carry That Weight’ and ‘The End’.

Writing in The Independent, David Lister said that McCartney’s ability to still “put on a show that really left the audience on such an emotional high is tribute to extraordinary longevity.” While The Telegraph’s James Hall described the performance as ‘an exhilarating masterclass from music’s great innovator.’