How Paul McCartney Landed His 'Pirates Of The Caribbean' Cameo

Keith Richards dropped out, so Paul McCartney took his place.

One of the most surprising things about the new 'Pirates of the Caribbean' movie is the addition of Johnny Depp's good pal Sir Paul McCartney, who apparently only landed his cameo role because Keith Richards was too busy to return to the franchise. 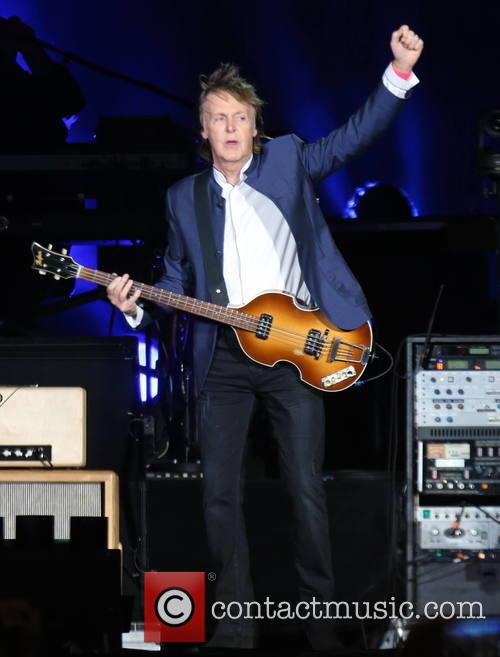 Yep, the legendary singer-songwriter has the Rolling Stones guitarist to thank for his chance to star in 'Pirates of the Caribbean: Dead Men Tell No Tales' (also known as 'Salazar's Revenge'), because Keith - who played Captain Jack Sparrow's father Captain Teague in the last two movies - couldn't make it this time around.

'Keith Richards, who was in a couple of previous 'Pirate' movies, was on tour and unavailable', producer Jerry Bruckheimer told Yahoo Movies. 'So Johnny's very close with Paul McCartney, they worked together in the past, he picked up the phone, called Paul and said: 'Paul, you wanna be a pirate?' Paul said, 'Sure, I'll be a pirate!''

Geoffrey Rush, who plays Captain Barbossa in the series, added that he only filmed for a day but it was 'a nice little touch'. 'It's a very nice little scene where Sir Paul has a bit of a sing and has some quite absurd dialogue', he said.

Plus, according to Jerry, he was quite the fine actor to work with. 'He knew his lines, he was on time, he was just a real gentlemen and wonderful to work with and came up with some really funny stuff too', he revealed.

Paul plays a pirate called Uncle Jack, and he's a character that viewers will have to really look out for - the make-up department on these movies do not mess about. Of course, when you sense that wave of familiarity, you'll now understand why.