Paul McCartney Set To Make An Appearance In 'Pirates of the Caribbean: Dead Men Tell No Tales'

The trailer for 'Pirates of the Caribbean: Dead Men Tell No Tales' has arrived, and for those who don't already know there are a few exciting new cast additions. Former Beatle Paul McCartney will make a cameo in the movie, filling the outsize boots of Keith Richards. 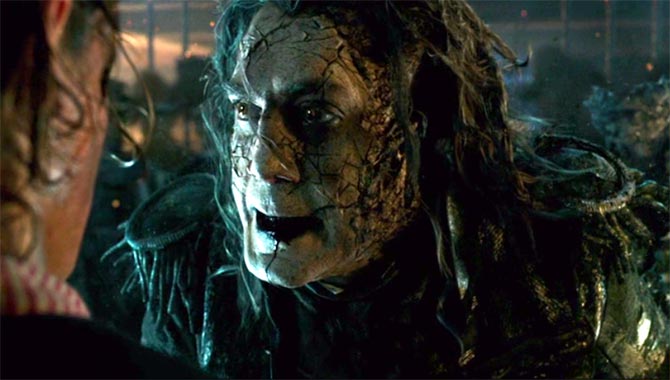 Oscar winning Paul McCartney is set to cement himself as an actor in an as yet undisclosed character. It makes for an interesting addition, that no doubt came from the success the franchise had with Keith Richards of the Rolling Stones playing Sparrow's father Captain Edward Teague. Unfortunately, we don't get a first look at McCartney in the new trailer, but we do see some other major new additions.

Get a glimpse of Javier Bardem, for example, as the nefarious Captain Salazar; a ghost pirate who has escaped with his crew from the Bermuda Triangle with the intent of procuring the Trident of Poseidon to wreak revenge on every pirate in the Caribbean including Captain Jack Sparrow (Johnny Depp). Jack has too many enemies in his past to count, so naturally he is forced to defend his life and his ship once again. But this time, does he have the help of an old friend? Captain Will Turner (Orlando Bloom) of the Flying Dutchman has returned from the depths of Davy Jones' Locker. Also returning are Geoffrey Rush as Barbossa and Kevin McNally as Gibbs.


Meanwhile Brenton Thwaites plays a charming young man named Henry; a boy who's trying to find his father, but is bound by a curse which prevents them from meeting. Many fans have put forward the theory that Henry is indeed Will and his wife Elizabeth's son, conceived on Will's last day ashore before being consumed by the curse of the Dutchman. Thwaites is best known for starring in 'Maleficent', 'The Giver' and 'Gods of Egypt'.

Playing this instalment's damsel in distress is Kaya Scodelario as astronomer Carina Smyth. Though she's much more than just a woman in a pretty dress; she's an academic, with a feminist attitude to education.

'Pirates of the Caribbean: Dead Men Tell No Tales' is set to be released on May 26th 2017.