Sir Paul McCartney says Oasis stars Liam and Noel Gallagher shouldn't have said they wanted to be as big as The Beatles because no matter how popular they became they could never fulfil that ambition. 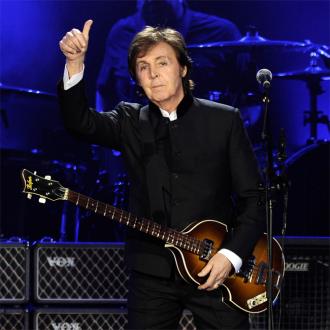 Sir Paul McCartney says Oasis shouldn't have boasted they were the ''next Beatles''.

Despite how successful Liam and Noel Gallagher's band went on to become, the music legend thinks the brothers' repeated clams they wanted to be as big as the Fab Four meant they could only come up short because no one can replicate what his band did in the 1960s.

In an interview with Q magazine, he said: ''I'm actually kind of honoured (when bands copy us) - they could be copying anyone. Even when things happen like Oasis saying, 'We are the next Beatles.' But I also think, 'Listen, lads, you can't say that. And don't say that because it's probably the kiss of death!'

''In Oasis' case, I think it was coming from them. In others, it's the record label or management and that's never a good idea. The poor band, 'Now go and do better than The Beatles did.' Not an easy task.''

The Beatles - made up of Paul, Ringo Starr and the late John Lennon and George Harrison - are considered to be the most popular and influential band of all-time.

Paul, 70, insists he wouldn't change anything about his career if he could but admits if he could he'd have prevented his first wife Linda from dying of breast cancer aged 56 in 1998.

The 'Yesterday' singer - who is now married to Nancy Shevell - said: ''If I had a time machine I couldn't be bothered to change anything, to tell you the truth. Obviously there have been loads of things I would love to change, like my wife Linda dying. I would love to be able to change that but life is what it is. So get on with it and enjoy what you've got.''