Counting his chart-toppers with The Beatles and Wings, McCartney has had 22 Number One albums in the UK, more than any other artist.

Sir Paul McCartney has been revealed as the most successful albums artist in British chart history, according to the Official Charts Company.

The announcement comes on the 60th anniversary of the first ever nationwide Albums Chart to be published in the UK. The 74 year old, who has recently released a career-spanning record of his material with Wings and by himself, becomes the latest recipient of an Official Chart Record Breaker Award. 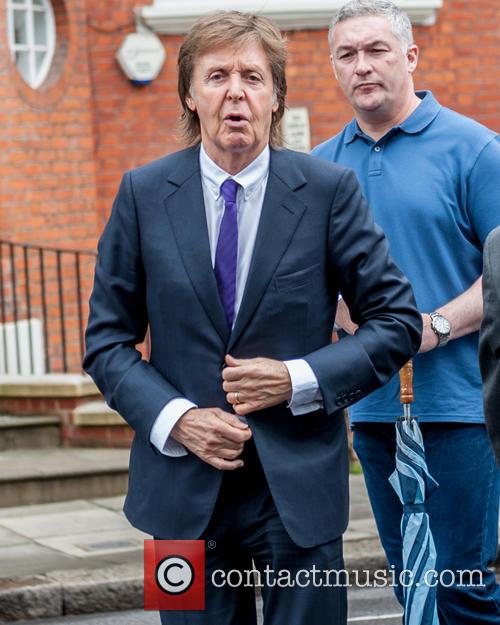 With 15 Number Ones with The Beatles, two with Wings, four as a solo artist and one in collaboration with ex-wife Linda McCartney, the singer has totalled 22 chart-topping albums over nearly six decades. He’s also spending a total of 191 weeks (or nearly four years!) at the top of the charts – more than any other artist.

More: Paul McCartney admits that the Beatles’ split made him drunk and depressed

In a video accepting the award, the legendary singer said: "Okay, you know how it really feels? It feels unbelievable, because when you write your songs you don't count how well they're doing. I remember when Please Please Me [the Beatles’ 1963 debut album] went to Number 1, that was our first Number 1 record, and it’s a beautiful feeling to suddenly get this [award], I mean it's amazing.”

“So thank you to the people for giving it to me, I love you. And thank you to everyone who made it possible by buying the records, we love you too!”

Martin Talbot, chief executive of the OCC, added: “It is a huge honour for the Official Charts to pay tribute to Paul McCartney’s incredible achievements with this special award. Over more than fifty years, Paul has been a fixture on the British and world music scene – so to recognise his contribution as part of the UK Albums Chart’s 60th birthday feels absolutely appropriate. Congratulations Paul! Here’s to many more Number 1 albums to come!”