The Beatles icon will be playing gigs in Liverpool, Glasgow and London in December 2018 in support of his upcoming new album 'Egypt Station'.

Sir Paul McCartney has unveiled his first live shows in Britain for three years in 2018, as he promotes his upcoming new album Egypt Station.

The legendary former Beatle will be playing three British shows in December this year, at Liverpool’s Echo Arena on the 12th, Glasgow’s SSE Hydro arena on the 13th, and at the O2 Arena in London on the 16th. Tickets for the shows go on sale on Monday July 16th at 10am.

The live shows will be in support of McCartney’s brand new solo album Egypt Station, announced last month and which will be released on September 7th. He’s already dropped two tracks from it, ‘I Don’t Know’ and ‘Come On To Me’.

“There’s nothing like performing in front of your home crowd, especially when it’s been a while. I can’t wait to finish the year on such a high by partying in Liverpool, Glasgow and London,” the 76 year old rocker said in a statement announcing the shows on Wednesday. 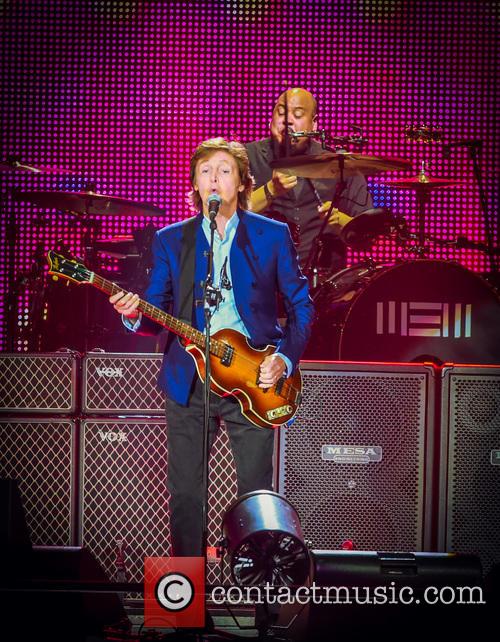 “We’ve freshened up the show since our last time round and we are excited to get to play some of our new songs alongside some of the favourites.”

Produced in conjunction with Greg Kurstin, who has worked with the likes of Adele and Foo Fighters, the upcoming album is McCartney’s first record in five years since 2013’s New.

Kurstin spoke with Rolling Stone this week about the experience of working with such an iconic figure, saying “I learned a lot about him. I love that he’s pushing the boundaries in his songwriting harmonically and lyrically.”

“I was really struck by the chords that he’d bring into the session. I’m a pianist myself, so I was just amazed at his harmony and his use of melody and chords in the past. I would see him bringing in new chord progressions that I still haven’t heard. Just when you think you’ve heard everything in recorded music, he brings in a song like ‘Despite Repeated Warnings’. I have never heard a song ever written with that chord progression.”