Sir Paul McCartney was joined on stage by Billy Joel at his New York concert on Tuesday (26.09.17) and they performed two Beatles tracks together. 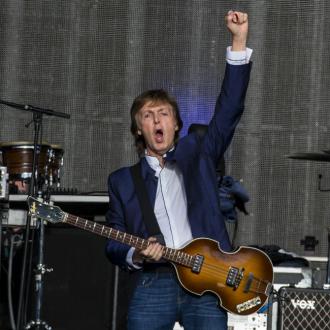 Sir Paul McCartney was joined on stage by Billy Joel at his New York concert.

The Beatles legend invited the 'Piano Man' hitmaker on stage at the Nassau Veterans Memorial Coliseum in Uniondale on Tuesday (26.09.17) to perform two classic tracks by his former band, 'Get Back', which is from the album 'Let It Be', and 'The White Album's 'Birthday'.

Billy played electric piano on the tracks, and Paul dedicated 'Birthday' to the entire audience.

This wasn't the first time the pair have shared a New York stage.

In 2008, Billy, 68, invited the 75-year-old musician to join him at his shows at the city's Shea Stadium before it was demolished.

Paul initially turned down the opportunity because of other commitments, but he ended up surprising his friend on stage with a performance of 'I Saw Her Standing There'.

And three years later, the 'Uptown Girl' singer returned the favour and made a surprise appearance at the 'Hey Jude' hitmaker's Yankee Stadium concert.

Over the summer, Billy has twice covered The Beatles' hit song 'A Day in the Life'.

Meanwhile, Paul has recently teamed up with Foo Fighters to play drums on a track on their new album 'Concrete and Gold' and impressed the group with his skills.

Drummer Taylor Hawkins previously said: ''He hadn't even heard the song. He comes in and Dave [Grohl] picked up an acoustic [guitar] and showed him real quick. He sat on his special drum set that his tech set up for him. I sat there with a drumstick conducting. He did two takes.''