The 71 year-old musician will "make a complete recovery," and has been told by doctors to "take a few days rest." Paul McCartney was expected to play a number of shows in Japan this past week, but he was forced to cancel them due to contracting a virus.

The 71 year-old musician was eventually hospitalized to receive treatment for the illness that has caused severe diarrhoea and vomiting.

These symptoms shortly began after landing in Japan on May 15th for his Out There tour, which had several stops throughout Asia.

McCartney plans to reschedule his concerts at Tokyo's National Stadium that were planned for May 18th & May 19th. His shows at Tokyo's Nippon Budokan hall on May 21st and Yanmar Nagai stadium in Osaka on May 24th were also postponed.

"Unfortunately my condition has not improved overnight," read a statement posted at the time on his official website. "I was really hoping that I'd be feeling better today. I'm so disappointed and sorry to be letting my fans down."

McCartney's hospital stay is now over, but doctors have advised him to "take a few days' rest."

"Since contracting a virus last week that led to the postponement of tour dates, Paul received successful medical treatment at a hospital in Tokyo," read a new statement. "He will make a complete recovery and has been ordered to take a few days rest."

The ex-Beatle was appreciative of all the messages of support he has received this past week.

"Paul has been extremely moved by all the messages and well wishes he has received from fans all over the world," the statement concluded.

Although the legendary performer was also forced to cancel a show for May 28th in South Korea, his US tour dates are still pencilled in, and will begin in Lubbock, Texas, on June 14th. 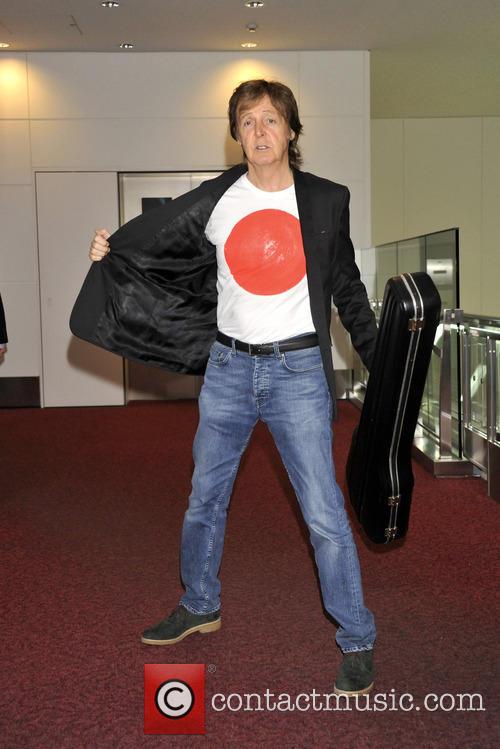 McCartney arriving at Narita International Airport in Tokyo on May 15th