'How VIP Do We Gotta Get?' The Mix Up Behind Paul McCartney's Grammy Party 'Rejection'

A night of confusion for the former Beatle.

It seemed yesterday that it didn't matter if you're a former member of the biggest-selling band in history, or if you've had nine number one hits in the US, or if you've won 21 Grammys in your entire career, or even if you've been knighted by the Queen of England; if your name's not down, you're not coming in. Paul McCartney apparently learnt that the hard way. 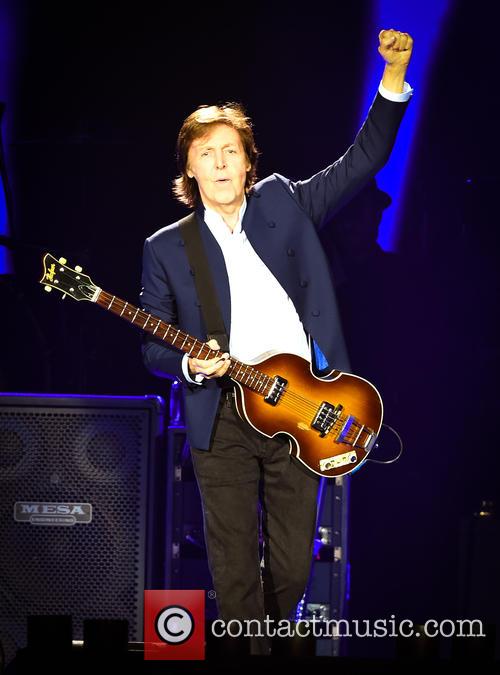 When McCartney and his pals Beck and Taylor Hawkins from the Foo Fighters arrived at The Argyle in LA to continue celebrations after the Grammys, they were shocked to be denied entry by the bouncers. It was a party thrown by Tyga, but it seemed that they were actually looking for the Mark Ronson afterparty. A lot of confusion ensued.

'How VIP do we gotta get?' Said an exasperated McCartney in footage obtained by TMZ, adding: 'We need another hit, guys, we need another hit. Work on it.' Mark Ronson's name was thrown about a few times, with someone eventually saying, 'This is not the Mark Ronson party' and McCartney and his friends were shown back to their car. They were then taken to Hyde Sunset Kitchen & Cocktail, where Ronson was actually supposed to be having his party.

It seems Tyga was equally baffled by the whole thing. 'Why would I deny Paul McCartney? He's a legend', he told his followers on Twitter. 'I don't control the door. I had no knowledge Sir Paul was there. I just performed and left.'

It turns out, though, that the whole thing was indeed just blown out of all proportion, and a rep for Argyle confirmed to TMZ later that he wasn't actually denied access, it was just explained to him that he was at the wrong party. So maybe Sir Paul is VIP enough after all.