Sir Paul McCartney is glad The Beatles never reunited because it would have tainted their memory. 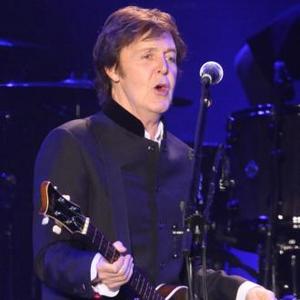 The legendary 'Get Back' band ended in 1969 amidst legal wrangling and the bassist-and-singer - one of the surviving two members of the group, alongside Ringo Starr - thinks if they had reunited, it would have tainted their memory.

He said: ''The thing with The Beatles was we realised we'd come full circle. We had offers to reform and we said, 'You know what? It won't be as good.' Because that period when we were The Beatles, it was damn good and we never really ruined it.

When Paul looks back across the group's legacy, he sometimes can't believe he was a member of the band.

He told Shortlist magazine: ''It's amazing to me to be singing the songs that a 24-year-old guy wrote. And as I'm singing them, I'm thinking, 'He was a pretty good writer. He wasn't bad. This band was not bad.' So I think I appreciate it almost as if it's not me. But of course I realise it is me. And I'm very happy with that.''

A full scale reunion was not possible after the assassination of singer-and-guitarist John Lennon in 1980. The fourth member of the band, George Harrison, died in 2001 of cancer.