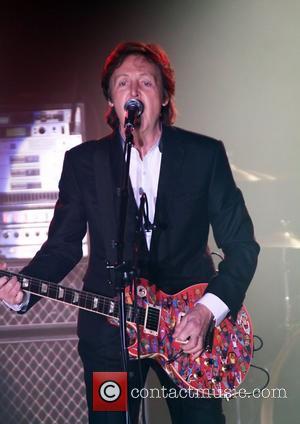 Paul McCartney visited the grave of Elvis Presley at Graceland over the weekend, leaving the legendary musician a personalized guitar pick so he "can play guitar in heaven." McCartney paid tribute to the American musician after taking time out from the North American leg of his 'Out There' tour which rolled through Memphis this week.

McCartney tweeted a photo of himself holding the guitar pick as he leaned over the iron wrought fence in front of Presley's headstone. He added another of himself holding an acoustic guitar with Elvis' name on the fret-board. The former beatle famously met Presley during the Liverpool group's visit to Los Angeles in 1956 and again during their shows in Memphis in 1966. McCartney's recent performance at the city's FedEx Forum was his first visit to Memphis for 20 years.

According to NME.com, the musician has been playing a career-spanning set-list including songs never before performed live, including 'Being For The Benefit of Mr Kite' and 'All Together Now.'

Earlier this month, he penned a handwritten letter of support to Pussy Riot's Maria Alyokhina, who announced she was going on hunger-strike after being refused the right to attend her own parole hearing. McCartney penned another letter to Russian officials, asking them to consider releasing the two incarcerated women. 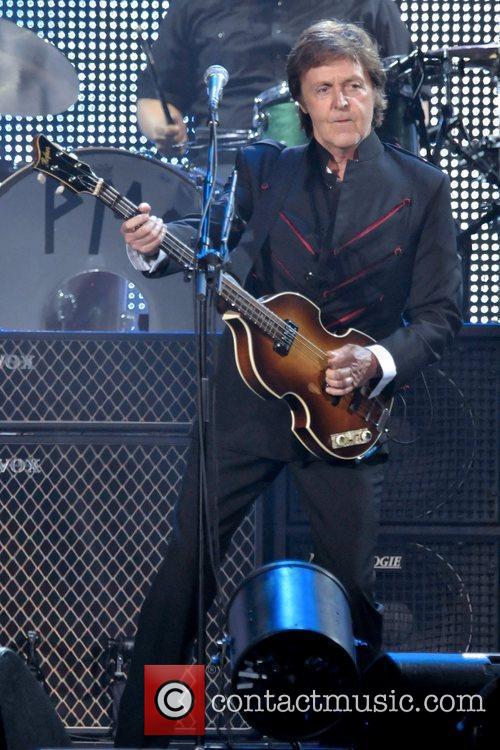 Paul McCartney Performing On HIs Up And Coming Tour in 2010