Sir Paul McCartney has called for an end to animal testing for cosmetics by backing Humane Society International's Be Cruelty-Free Campaign. 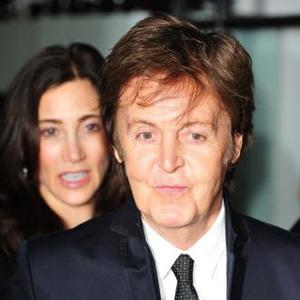 Sir Paul McCartney has called for an end to cosmetics being tested on animals.

The Beatles legend is backing Humane Society International's (HIS) Be Cruelty-Free Campaign - which aims to end the practice of testing beauty products on animals around the world - and urged others to follow in his footsteps.

He said: ''The ugly truth about testing beauty products on animals is that it causes them unimaginable pain and suffering. If every cosmetic tested on rabbits or mice had a photo on the packaging showing these animals with weeping swollen eyes and inflamed skin, I believe everyone would leave cruelty on the shelf and go for the cruelty-free option instead.

''So, let's stand up for those defenceless animals by supporting the Humane Society International's new Be Cruelty-Free global campaign to end animal testing of cosmetics worldwide. Go online, sign the Be Cruelty-Free pledge today and help HSI achieve a world where no animal has to suffer and die for the sake of cosmetics.''

Animal testing for cosmetics is banned in the European Union and a further ban on the sale of cosmetics that have been newly tested on animals in other parts of the world is due to come into effect in March 2013, but HIS want the ban to be extended throughout the world.