Sir Paul McCartney and Ringo Starr reunited on stage for TV special 'The Night That Changed America: A Grammy Salute to The Beatles' at The Los Angeles Convention Centre yesterday (27.01.14). 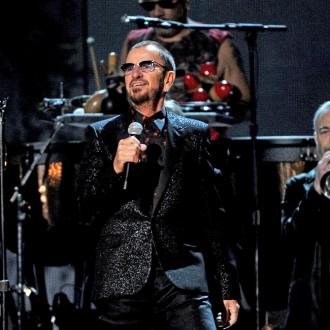 Sir Paul McCartney and Ringo Starr were joined by Katy Perry, John Mayer and Alicia Keys for a special TV show to commemorate 50 years since The Beatles first appeared on US television.

The trio of stars were among many musicians who performed at The Los Angeles Convention Centre yesterday (27.01.14) for 'The Night That Changed America: A Grammy Salute to The Beatles', which celebrated the band's appearance on 'The Ed Sullivan Show'.

Recalling the iconic performance, Paul said on stage: ''At first when asked, I wondered whether it was the right thing to do.

During the evening, Paul and Ringo paid tribute to late Beatles, John Lennon - who was shot and killed in New York in 1980 - and George Harrison, who died of lung cancer in 2001.

Drummer Ringo 73, told the audience: ''We were in a band called The Beatles and whenever we play George and John are always with us.''

Paul, 71, added: ''Tonight we are remembering our beautiful friends John and George.''

The show, which will air on February 9 on CBS, featured many of the acts who had performed at the Grammy Awards the night before, including Stevie Wonder and Keith Urban.

The last surviving Beatles came together after their duet at the Grammys to perform 'With a Little Help From My Friends' and 'Hey Jude'.

They were watched by John's widow, Yoko Ono, 80, and George's widow, Olivia, while a number of famous faces introduced the acts, including Tom Hanks, Jeff Bridges, Sean Penn, Johnny Depp and Kate Beckinsale.

In between songs, vintage clips from the band's films, live shows and press conferences were screened along with footage of 'Beatlemania' at its peak.

'The Night That Changed America: A Grammy Salute to The Beatles':

John Mayer and Keith Urban - 'Don't Let Me Down'

Alicia Keys and John Legend - 'Let it Be'

Eurythmics - 'Fool on the Hill'

Joe Walsh and Jeff Lynne - 'Something'

Stevie Wonder - 'We Can Work It Out'

Paul and Ringo - 'With a Little Help From My Friends'