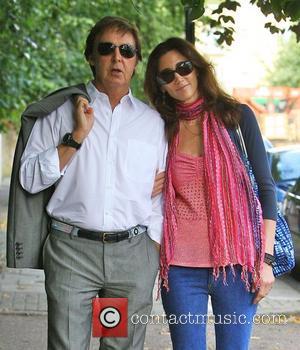 Sir Paul McCartney and Eddie Vedder are to share the stage at an upcoming New York concert to benefit moviemaker David Lynch's meditation charity. The rockers will join Sheryl Crow, Donovan and Moby at the David Lynch Foundation gig in April (09).
Lynch plans to use the money from the show to further spread the message of transcendental meditation. His aim is to teach a million children the technique.
The Twin Peaks director says, "In today's world of fear and uncertainty, every child should have one class period a day to dive within himself and experience the field of silence (and) bliss - the enormous reservoir of energy and intelligence that is deep within all of us. This is the way to save the coming generation.
"I have been diving within through the Transcendental Meditation technique for over 30 years. It has changed my life, my world."