This year's Glastonbury Festival has been cancelled casting doubt on whether other festivals will be able to go ahead.

"With great regret, we must announce that this year's Glastonbury Festival will not take place," came the not altogether unexpected announcement from the Glastonbury organisers. For the second year in a row the biggest festival in the UK, and one of the biggest in the world, will now not take place. Michael and Emily Eavis communicated their decision to pull the plug on this years event via a Twitter post on Thursday 21st January.

With great regret, we must announce that this year’s Glastonbury Festival will not take place, and that this will be another enforced fallow year for us. Tickets for this year will roll over to next year. Full statement below and on our website. Michael & Emily pic.twitter.com/SlNdwA2tHd 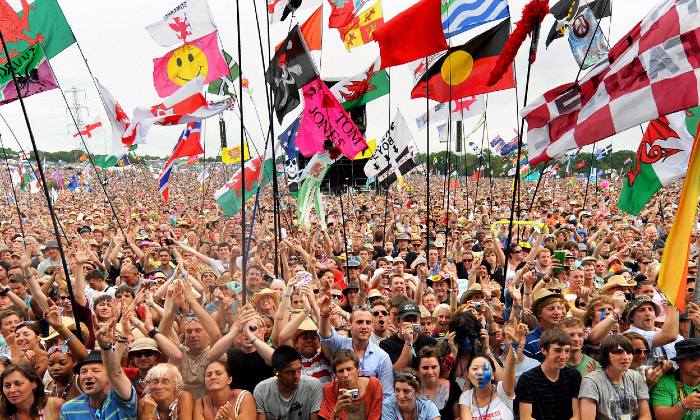 With Government advice still not at all clear as to how and when venues and festivals may start to open up again the decision of the festival organisers is not entirely a surprise as many are speculating that it will be at least July at the earliest before events start up again. Culture Secretary Oliver Dowden said "This regrettable but understandable decision is recognition that public health comes first and that right now, getting 200k fans together in just a few months looks very difficult to make safe".

Glastonbury is a huge event and there is no doubt that this decision will not have been arrived at lightly. Logistically it is a massive operation to coordinate and with only five months to go until Glastonbury 2021 was due to go ahead Michael and Emily obviously saw that it wasn't going to be possible given the current guildlines on social distancing and outside gatherings. Oliver Dowden added, "We continue to help the arts on recovery, including looking at problems around getting insurance. I'm sure Glastonbury will be back bigger and better next year" but not everyone empathises.

Such an ignorant comment. Have you got any idea how many people in this country depend on the festival industry to make a living? https://t.co/WLih9Aexw1

The question now is, will other festivals follow suit? Will they have a choice and when will they decide. The chances of any of this years festivals going ahead was never odds on. The bigger the event, the bigger the organisation and arguably the bigger the disappointment. After yesterday's announcement there was almost immediate speculation about Reading And Leeds. They have more time on their hands but that will slip away quickly as the pandemic continues to affect everyone's daily lives. R&L put out this reply to allay fears.

Rest assured we’re continuing to work behind the scenes to get ready for Reading and Leeds this summer. We hope to have more news for you by March 1st. In the meantime, stay safe