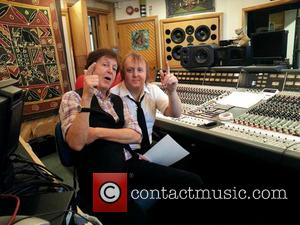 The director's film Good Ol' Freda, which will debut at the upcoming South by Southwest festival in Texas, chronicles the life of the band's beloved secretary and fan club boss Freda Kelly.

White admits he was stunned when the songs were cleared by Sony/ATV Publishing and Apple Corps officials, but feels sure MCCartney and Starr, in particular, knew how important the music was to Kelly's story.

He tells The Hollywood Reporter, "Freda closed the Beatles' offices, so she left with truckloads of Beatles stuff and gave it all away to fans over the years... Clearly the living Beatles have a lot of respect for her."

White reveals many filmmakers have approached Kelly over the years and asked to turn her 11 years with the Beatles into a documentary - but she has always refused.

The director insists he was successful because his subject wanted to document her past for her two-year-old grandson.

White adds, "She sees it as a sort of home movie."

The songs featured in his movie include Love Me Do and I Saw Her Standing There.