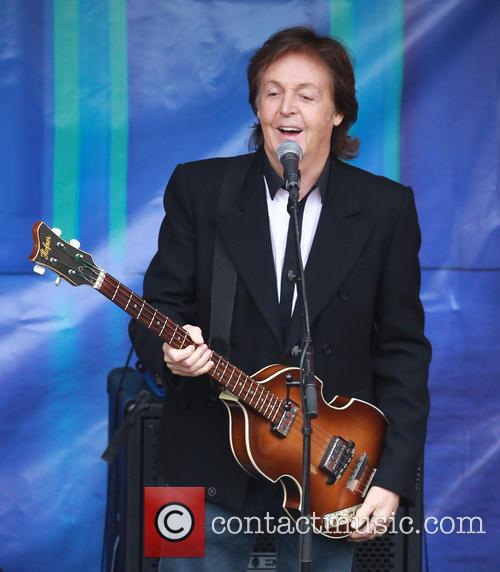 The Beatles' reunion was more far-reaching than Paul and Ringo's performance: Yoko Ono, John Lennon's widow as well as his son Sean attended the awards and were spotted dancing to 'Queenie Eye.' Olivia Harrison, the wife of the late George Harrison also attended and took to the stage with Ono to present the Grammy for album of the year, which went to French electro duo Daft Punk for Random Access Memories. 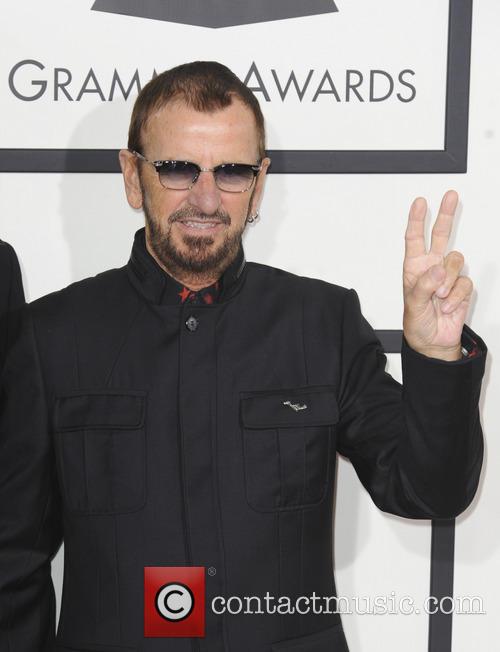 Ringo Starr Performed His No.1 Single 'Photograph' At The Grammys.

After a burbled introduction by Black Sabbath's Ozzy Osbourne, Starr took to the stage for a performance of his No.1 single 'Photograph,' with a little help from Peter Frampton, Toto guitarist Steve Lukather, Heartbreakers keyboardist Benmont Tench, drummer Kenny Aronoff and producer Don Was on bass against a backdrop of cascading photographs.

McCartney, 71, also further proved his worth as an active musician, teaming up with Foo Fighters frontman Dave Grohl, and former Nirvana band members Krist Novoselic and Pat Smear to beat The Rolling Stones' 'Doom and Gloom' to the best rock song award with collaborative track 'Cut Me Some Slack.' Awards-wise, the surviving members of the Beatles were presented with 2014's Recording Academy lifetime achievement award by Julia Roberts, while McCartney showed that The Beatles' prosperous Grammys streak was to be continued. 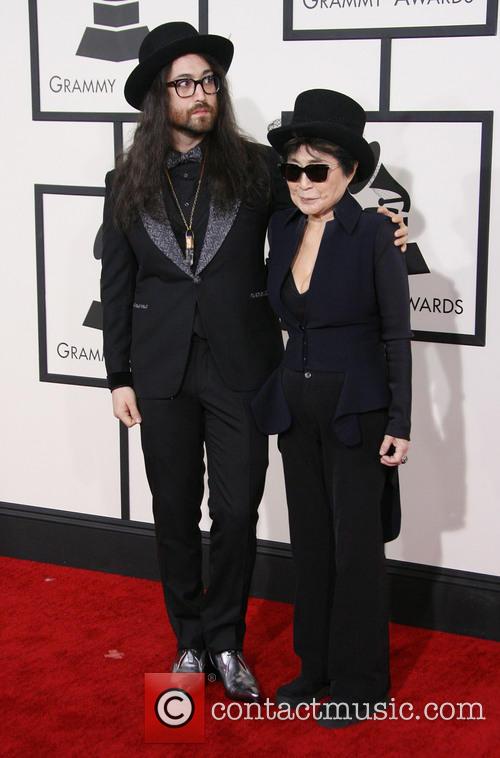 The rocker made Britain proud at this year's Grammys, winning best music film for concert movie Live Kisses as well as best rock song with 'Cut Me Some Slack.' After last night's ceremony, McCartney has notched up 16 Grammys to date, taking 10 with the Beatles, four as a solo act and two with his band, Wings.