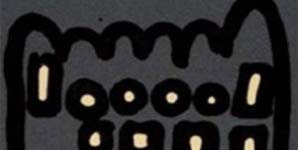 For those of you who don't know who Paul McCartney is or what he sounds like, I have just one thing to say; where have you been? The musical virtuoso, that is Macca, returns with a great toe-tapping, feel good song conjured from his wealth of experience and sheer talent. Taken from his new album 'Memory Almost Full', 'Dance Tonight' sees Mr. Original McCartney experiment with mandolin in a modern music scene that makes little to no use of the instrument. What I like about Macca is that he doesn't show any signs of retraction or caution with a song like 'Dance Tonight'. In fact, quite the opposite, he goes all out and delivers what would seem to be a fearless and brave rendition.

Aside from troubles in his private life, with divorce settlements, the former-Beatles legend can still find the confidence and assurance to write such brilliant music, as we hear when we listen to 'Dance Tonight'. It's what, on paper, would seem a vintage track but McCartney adds a touch of class to his latest release to insure that it has a much more modern feel to it.