Review of Kisses on the Bottom Album by Sir Paul McCartney

The bizarrely-titled Kisses on the Bottom is the first solo album from Paul McCartney since 2007's Memory Almost Full and for someone that has - quite publicly - experienced a great deal of turmoil and life changes in that time, you'd be forgiven for expecting Macca to deliver an album of heart-wrenching personal tragedy and triumph. What we have, instead, is an album of jazz standards that has you wondering just how long Michael BublÃ© has agreed to lend the former Beatles member his career for. 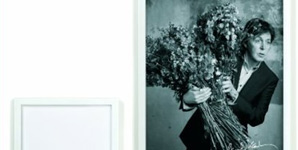 There are some pleasant renditions on Kisses on the Bottom and that humour and light-hearted personality that McCartney can lend to a song, simply by opening his pipes, is never far from the surface. 'It's Only A Paper Moon' was previously made famous by the likes of Ella Fitzgerald and Nat King Cole and in the hands of Paul McCartney, it's a suitably feather-light sing-along, as is 'My Very Good Friend the Milkman,' though a little more of that Liverpudlian lilt wouldn't go amiss. There's something a little disconcerting listening to Paul McCartney growling, with a faux-Mississipi drawl and at times it feels the songs would benefit from a little more McCartney and a little less mimicry.

The romantic numbers, such as 'Bye Bye Blackbird' and 'More I Cannot Wish You' are beautifully accompanied, with orchestration that could quite easily whisk you to a 1940s Carnegie Hall, if you close your eyes long enough and hard enough. In fact, it's the instrumental backing that really carries these songs because, with all the will in the world, Paul McCartney simply does not possess the voice of a jazz singer. He's a fine singer, with a wonderful turn of phrase, but he is a pop singer. McCartney's voice, sadly, doesn't have the depth or dynamic to really carry these heavyweight jazz classics.

He's obviously got the phone numbers of some pretty stellar session musicians in his little black book, so it's a shame that Paul McCartney seemingly forgot to take Paul McCartney into the studio with him. These versions could well have benefitted from a little more of his own personality, his own accent, his own roots. Instead, what you have is a collection of lightweight interpretations that has Macca sounding at times, almost identical to Michael BublÃ©, or Jamie Cullum.

It's not unusual for artists to break from their oeuvre every once in a while and record an album in a style that their fans are maybe unaccustomed to. And for a longstanding songwriter like Paul McCartney, of course, there will always be a struggle between pleasing fans with the styles they're accustomed to and keeping them interested with a fresh perspective. He's recorded these songs because they are songs that his father played to him as a child. So, really, it's an exercise in self-indulgence, as much as anything else. But this former Beatle doesn't bring anything new to the songs on Kisses on the Bottom and whilst it makes for pleasant background music, these versions don't have the same emotional pull as the greats that he so clearly wanted to emulate.