Sir Donald Sinden, the British actor best known for his roles in the 'Doctor' series and his long associated with the Royal Shakespeare Company, has died at the age of 90.

Sir Donald Sinden, the prolific British stage and film actor, has died at the age of 90 after battling cancer. 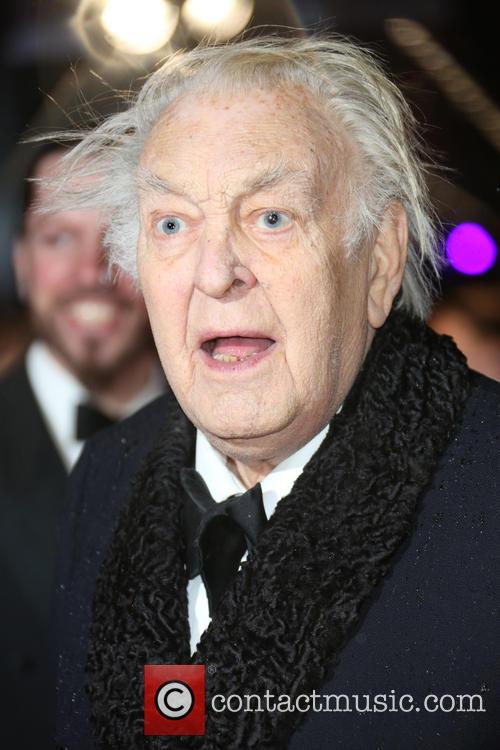 Sir Donald Sinden at the UK premiere of Run For Your Wife in 2012.

Sinden died at his home in Romney Marsh, Kent just weeks before his 91st birthday. His son, as the Mail reports, explained how his father had been suffering from prostate cancer for several years.

In a statement Sinden's son Marc said, "My father has finished dying. He suffered for a few years from prostate cancer which slowly spread. Even though his death was expected, it is still a huge loss to his family and we, his brother, his son, his four grandchildren and great-grandchild will all miss his humour and knowledge and we would all like to share our appreciation for the Pilgrims Hospice and the carers that looked after him and us with such dignity, consideration and care until the end."

Born in 1923 in Devon, Sinden made his first appearance on the stage aged 18 and moved to the screen during the 1950s. He worked at Pinewood and Ealing Studios, starring in such films as Mogambo (1953), The Black Tent (1956), and in many of the Doctors series including Doctor in the House (1954).

Sinden returned to the stage during the late 60s and became known as a fine Shakespearean actor, working with the RSC. He also appeared in the sitcoms Two's Company and Never the Twain. Sinden was awarded a CBE in 1979 and a knighthood in 1997. He worked continuously throughout his long life and only retired from his duties as President of the Royal Theatrical Fund last year, on his 89th birthday.

Many have offered their condolences to Sinden's family and lamented his loss including Roger Moore, Stephen Fry and Miranda Hart. The sad news of Sinden's death comes only a day after Moore's Bond co-star Richard Keil passed away. Moore wrote on Twitter "Sad to wake up to news another mate has left us, Sir Donald Sinden. We worked together on That Lucky Touch. A wonderful actor. Awful week." Fry also expressed his sadness at hearing the news of Sinden's death, writing "No, not Donald Sinden? I adored him. All of us whoever tried Malvolio bow down before his greatness. Woe." Actress Hart wrote "I like to think his beyond wonderful voice is dramatically booming around a heavenly realm."

Sad to wake up to news another mate has left us, Sir Donald Sinden. We worked on 'That Lucky Touch'. A wonderful actor. Awful week.

No, not Donald Sinden? I adored him. All of us whoever tried Malvolio bow down before his greatness. Woe.

Aaah sad. Another loss. Sir Donald Sinden. I like to think his beyond wonderful voice is dramatically booming around a heavenly realm.