Veteran British Actor Sir Donald Sinden Left $3.7 Million (£2.3 Million) To His Family In His Will. 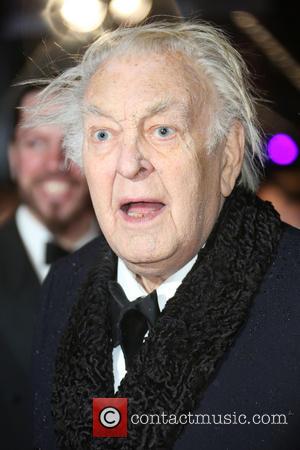 The actor has left a share in his home in Kent, England to his daughter-in-law Delia, who had two children with Sinden's late son Jeremy, who died in 1996.

His other son, West End producer Marc, will receive a share in his father's home in Hampstead, north London, according to Britain's Mail on Sunday newspaper.

A memorial service will be held for Sinden at Wyndham's Theatre in London on 19 May (15), with guest speakers set to include Dame Judi Dench and Downton Abbey creator Julian Fellows.