Legendary former Manchester United manager Sir Alex Ferguson's recovery from a brain haemorrhage will be shown in a new documentary about his career. 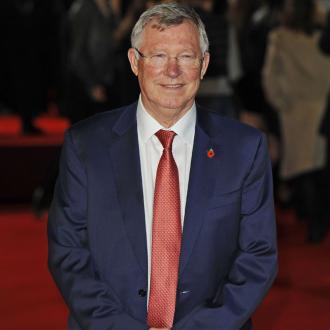 Sir Alex Ferguson's recovery from a life-threatening brain haemorrhage is to be shown in a new film about his career.

The legendary former Manchester United manager fell ill in May 2018 and was rushed to hospital. Ferguson required emergency treatment as he spent several days in intensive care.

The motion picture is being directed by Ferguson's son Jason, who has spent more than 50 hours recording footage with his dad. It had been planned as a tribute to his father's extraordinary career in football but he suffered the health scare as filming began, so Jason decided to include his father's recovery.

The documentary will show Ferguson, 78, dealing with the threat of memory loss after the illness and the love of his wife Cathy.

The film's producer, John Battsek, told Screen Daily: ''It's Sir Alex's story from growing up in Govan, Glasgow, his career as a footballer and as a manager to his battle recovering from the brain haemorrhage.''

John added that the film bosses were keen for Jason to direct the movie because of the close bond he has with his father.

He added: ''Jason had already recorded 50 hours of audio with his dad and his father trusted him, really trusted him. He had done a phenomenal job.''

The film is expected to be released early next year and will be screened in cinemas. It features interviews with those who worked with Ferguson, including Manchester United legends Ryan Giggs and Eric Cantona.

Ferguson managed Manchester United between 1986 and 2013 and won 38 trophies at the helm at Old Trafford, including 13 Premier League titles and two Champions League triumphs.