Sinitta I'm A Celebrity Get Me Out Of Here 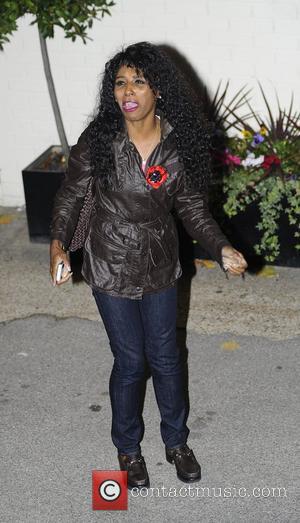 Eighties pop star Sinitta is showing her support for an anti-malaria charity by giving away the hat she is wearing during her stint on jungle-based reality show I'm a celebrity... Get Me Out Of Here!.
The So MACho hitmaker joined contestants in an Australian rainforest earlier this month (Nov11) for the U.K. version of the programme, in which stars battle to survive in the harsh, primitive conditions.
She was issued with protective headwear to use during challenges on the show - and now she's announced she will sign the hat and give it away to the winner of an online competition.
A post on the singer's official website reads, "Sinitta has signed and donated her jungle hat for this exclusive competition in support of Malaria No More U.K. - the beneficiary charity from this year's I'm A Celebrity... Get Me Out of Here!"

Sinitta says coronavirus was like 'swallowing a packet of razor blades'

Sinitta: Harry Styles hit on me