Sinead O'connor's marriage to Barry Herridge is over for a second time because of the treatment of the couple by the Irish media. 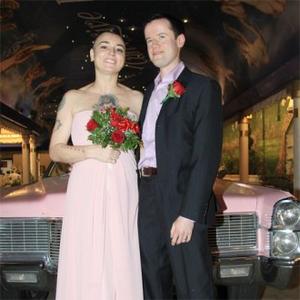 Sinead O'connor's marriage is over - again.

The 'Nothing Compares 2 U' hitmaker broke up with husband Barry Herridge after just two weeks of marriage in December, before they reunited a few days later.

However, they have now split again and Sinead is blaming the alleged harsh treatment he has received from the Irish media.

In a statement on her website, she wrote: "His association with me became something very bad for his life. And slowly since we were married I became very ill as result of what was done to my husband and i was unable to cope. And became depressed..

"The behaviour of one particular paper resulted in very serious damage to my husband and myself personally and consequently made the marriage untenable so that it is now over and I hope the media will kindly leave the poor man alone to get on with his life. (sic)"

The 45-year-old star - who has been married twice before - now hopes to get on with her life, and does not think she will get romantically involved with anyone again.

She wrote: "I will never again associate myself romantically with anyone as I could not bear to see these things done again to someone I love.

"I'm gonna be me. And if anyone doesn't like that they can seek therapy. Because I am wonderful. Exactly as I am. As Bridget Jones would say. And I shall continue being me. If being me means certain Irish media will try to destroy my romantic life ... So be it ... I have ten fingers and a number of toys (not really the toys. But need them now so maybe u cud all post me some!) (sic)"