Singer Sinead O'connor Has Told Fans She Has Cancelled All Her Planned Concerts For 2015 After One Of Her Sons Was Diagnosed With A Life-threatening Illness. 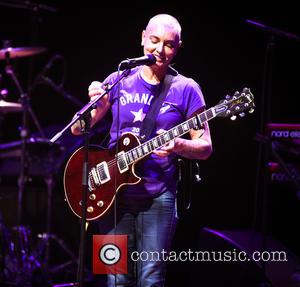 The Nothing Compares 2 U hitmaker, who has three sons and a daughter, took to Facebook.com on Sunday (26Jul15) to post an emotional message telling of her trauma over the news.

She revealed a son - who she has not identified - was diagnosed with a potentially fatal condition in March (15) and she has decided to take time off work to care for him.

She was also warned by her doctor to stop performing because of her own ongoing health issues, but fears the decision could wreck her chances of playing live again for years.

In the post, titled To Whom It May Concern Regarding My Cancellation Of Shows For The Remainder Of 2015, O'Connor writes, "Please accept my sincerest apologies. My child has been suffering with a life-threatening medical condition since early March 2015. It is the type of condition my child will definitely survive, if correct care is taken and is supervised by myself. Otherwise there is no guarantee. That is the plain truth.

"Needless to say, this has been and remains a severe family crisis. Like any mother, I have been up all day and night every day and night since I found out my child is suffering... As an aside, I have had chronic gynaecological problems over the last three years due to ageing and baby-making (not in that order, thank God)... However bad the situation was, I never let it prevent me from performing...

"I have been instructed by my child's doctor not to work until my child has fully recovered... I have also been separately instructed by my own doctor, not to work... It doesn't please me or suit me at all to let people down. I'm told it will be impossible for me to be employed as a live performer for three years now because I have cancelled the tour. So be it."