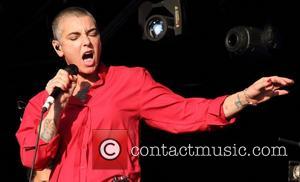 Sinead O'connor has taken another swipe at Miley Cyrus, insisting her parents should be ashamed of themselves for letting their daughter dress like "a hooker".

The outspoken Irish hitmaker and pop star Miley became embroiled in a social media feud last year (13) after the Nothing Compares 2 U singer wrote an open letter to the former Disney favourite, urging her to resist "prostituting herself" for the music industry after viewing her Wrecking Ball video, in which Cyrus bared all.

Now, over a year later, she's taking aim at the pop star again, posting a magazine photo of the scantily-clad star on her website and adding a brief note with the headline "Does Anyone Know The Whereabouts Of This Girl’s Parents?"

She adds, "Because they appear to be missing in action. In short, no human being on earth would be taking a photo of, or filming, or watching my daughter dressed like a hooker with a load of cash stuck in her mouth. Hello?

"The music industry is consciously engaging in the sexualising of minors via the sexualising of artists who look like minors and whose audience are minors. If you imagine I’m talking bollox (sic) remember no one believed priests were sexualising minors either. I have a history of being right about these things.

"Whether or not these artists feel its their 'choice' to be sold on the basis of their sexuality is beside the point. Their under-age audiences have been given no choice. Not only are these artists being used in order to sexualise minors but also to make the same minors grow up not knowing the power music has to smash evil and create life. They think music is all about sex. It's a genius double win for an industry crawling with evil. A whole generation is groomed and silenced.