Taylor Swift's 'Shake It Off' At Number One! But Here's 4 Other Amazing Max Martin Songs That Were Never Singles

By Joe DeAndrea in Music / Festivals on 01 September 2014

We all know Max Martin's biggest hits, but what are some of his lesser known tracks?

In pop music, what's just as important as who is behind the microphone is who is behind the scenes - the ones crafting the lyrics, the vocal direction, and the overall song itself. Most times, the artist is the one responsible for all of that, but other times, there are outside writers bringing the tracks to life, and they always deserve recognition, too. For mastermind songwriter and producer Max Martin, he's been getting his hands dirty in the music scene for almost 20 years, and he just got even more legendary: Martin notched his 18th number one single with Taylor Swift's 'Shake It Off.'

Martin, whose real name is Karl Sandberg, entered the world of being on top back in 1999: his first ever number one single came in the form of Britney Spears' '...Baby One More Time,' and the second came in the form of 'N Sync's 'It's Gonna Be Me.' Oddly enough, Martin never had another number one until 2008 - and that's when the takeover began. After linking up with the likes of Kelly Clarkson and Katy Perry, Martin's singles began spreading like wildfire the second they hit the Internet. 'Shake It Off,' Martin's newest addition to his number one collection and first single off Swift's 1989 album, is record breaking. He now currently stands behind The Beatles' Paul McCartney and John Lennon for the lone spot at number three - a position he previously shared with Mariah Carey. McCartney and Lennon's numbers come in at 32 and 26 number ones, respectively, so Martin has a bit of a way to go to catch up - but he's definitely going to do it.

Continue reading: Taylor Swift's 'Shake It Off' At Number One! But Here's 4 Other Amazing Max Martin Songs That Were Never Singles

By Mark Athitakis
Terrible
Six, if you must know. That's how many pairs of breasts get bared in The Real Cancun. Maybe more: For a movie that sells itself as a celebration of non-stop partying, it's damn hard to stay awake for much of it.

That's not a prude's complaint about how nubile college-age folks getting wasted in Mexico is degrading, insulting, or a sign of our moral decline. A well-made film about what happens on Spring Break would be a wonderful thing; it might tell us something about how people's personalities transform in a world without moral tethers, which is the stuff of good documentaries. Robert Flaherty went to the Arctic and made the great Nanook of the North, and if somebody went to Cancun and made Nookie of the South, I'd be all for it. Heck, give it some high-minded title - American Ritual, say - and even the Film Comment crowd would happily climb aboard. 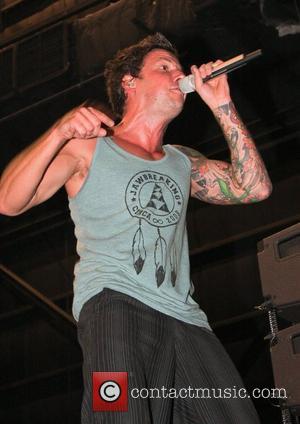 Six, if you must know. That's how many pairs of breasts get bared in The...