American actor and rapper Simon Rex (Scream 3; Scary Movie 4; Superhero Movie) stops to chat to photographers before driving off in his car, which he says is a '68 Buick. 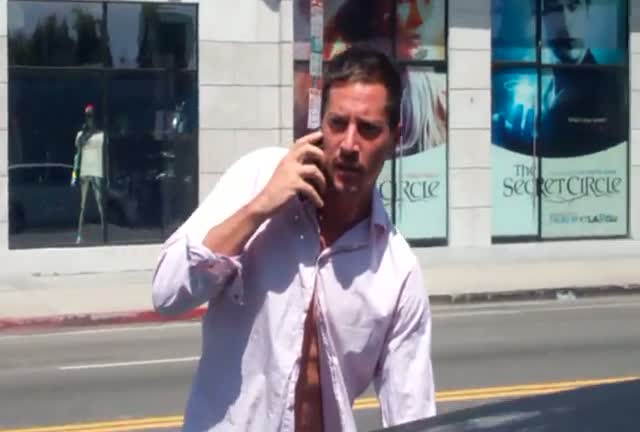 My favorite part of every modern vampire movie is the inevitable scene in which the...