Simon Pegg wants a role in the new 'The X-Files' movie, but only as long as it sees the return of main characters Fox Mulder and Dana Scully. 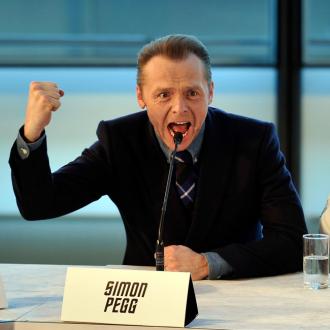 Simon Pegg wants a role in the new 'The X-Files' movie.

A third installment of the paranormal investigation franchise is being developed, and the Brit actor is keen for a part, but only as long as original FBI agents Fox Mulder and Dana Scully - played by David Duchovny and Gillian Anderson respectively - are included.

He told The Sun newspaper: ''I was a big fan of 'The X Files' and I've become friends with Gillian since.

''I've always loved that show so it's definitely something I'd consider.

''It's a great story and it would be nice to see it continue [but] it has to be with David Duchovny and with Gillian.''

The show's creator, Chris Carter, is also keen to write 'Mission: Impossible -Ghost Protocol' star Pegg into a new script, and had considered him when making the second film, 'The X-Files: I Want to Believe', released in 2008.

He said: ''Gillian worked with Simon on a movie ['How To Lose Friends And Alienate People'] and told me that he was a big fan. We actually thought about putting him in the second movie, but there was no part for him. I certainly would think about him if we were to go forward in any way.''

Duchovny is also upbeat about the idea of a third 'The X-Files' film, saying it will get the series back on track after the last movie flopped.

He told a French magazine: '''The X-Files 3' is in the process of being written. One awaits just the green light from Fox, a little disappointed from the relatively poor reception of the second film. The error comes, in my opinion, that the authors strayed too far from the roots of the series. Moreover, the film was released in the summer. The third will be much closer to what the public expects, with government conspiracies, etc.''