Actor Simon Pegg Turned Practical Joker On The Set Of Mission: Impossible - Rogue Nation To Retaliate Against Co-star Tom Cruise After Having To Endure The Movie Icon's "Torturous" Pranks. 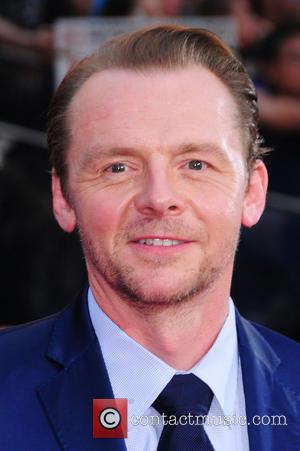 The pair spent days shooting a car chase in Casablanca, Morocco, and Cruise made Pegg sweat in the already-sweltering temperatures by secretly turning on the vehicle's heater.

The 45 year old eventually caught Cruise in the act and knew he had to find a way to get his revenge.

He says, "It became this war between us, like who's gonna (get who next)? Because he's always on it, the only time I could do it was in the middle of very complex moves he was doing. So he pulled, like, a 180 degree (emergency) brake turn and while his shot was being done, I would (turn his seat warmer on).

"The end game was marvelous. He went to the bathroom and I called over one of the camera guys and I was like, 'Give me a really small sliver of black tape,' and I put the tape over his light on his seat (warmer) so he couldn't see that it was on and then I put it on full blast. He came and sat down, cooked, and he kept looking at the light like, 'Why is it so hot?' and then he realised that he gave me that (prank)."