Simon Pegg says Tom Cruise is ''far more human'' in real life and thinks he is ''kind of vulnerable.'' 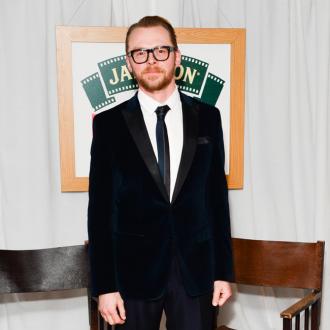 The 45-year-old actor thinks ''there is a lot of mythology'' surrounding his 'Mission: Impossible - Rogue nation' co-star and insists he is ''different'' than his public persona.

The British star said: ''I love Tom. I love working with him because he's a really interesting person. I feel really privileged to get to see the real man, you know? There's a lot of mythology about him, a lot of speculation about the kind of myth that surrounds him that people are very keen to believe.

''When you actually meet the man himself, he's different. He's far more human. He's very fun. He's kind of vulnerable, and he's a human being, and it's great to see. But he can also be Tom Cruise when he wants to be. I say to him, I say, 'Do Tom Cruise.' And puts his sunglasses on and smiles. 'There's Tom Cruise!' And he knows it! It's a brilliant capacity to have. He's cultivated a certain kind of persona which enables him to be the movie star that he is, but at the heart of it is a human being.''

Simon also dismissed rumours Tom, 53, put all of his co-stars on diets while shooting the new action film, but admits he offered to have his personal chef make them all ''insanely good food'' on set.