Simon Pegg Needs To Man Up In His Latest Film

Man Up is a phrase many of Simon Pegg’s onscreen characters should have probably heard from Tim in Spaced to Nicholas in Hot Fuzz and all those in between and after. 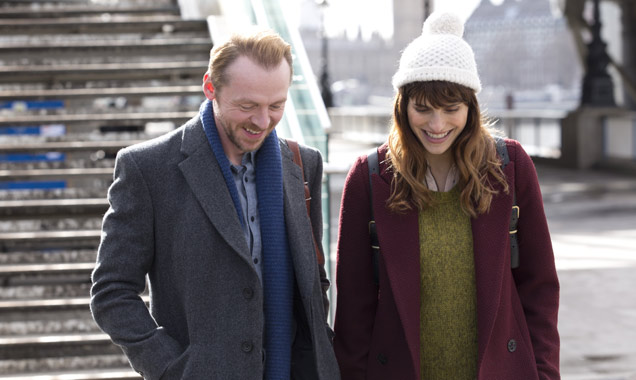 Simon Pegg and Lake Bell take the lead roles in the romantic comedy, Man Up

But now Pegg has a whole film dedicated to that title, in his latest romantic comedy, Man Up, his character Jack doesn’t seem to need to take the advice quite as much as previous Pegg inhabitations might have done.

Man Up is an unconventional, light-hearted look at the complications of dating when 34-year-old eternally single and permanently hungover Nancy (Lake Bell) meets recently-divorced Jack (Pegg) and is mistaken for his 24-year-old blind date.

Sick of being set-up by well-meaning but clueless friends and fed-up of having her happily married parents parade their long-lasting union in front of her, she decides to go with the case of mistaken identity and become the woman Jack wants her to be.

What follows is a hilarious evening of chaos and confusion as the two try to forge a friendship based on Nancy’s impulsive decision to try to be someone she’s not.

Directed by Ben Palmer who took the helm of the Inbetweeners movies, Man Up is due for release in the UK on May, 29.