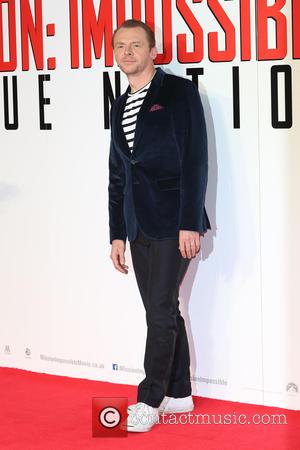 Pegg fulfilled a career ambition when he landed the role of Benji alongside Cruise in the new installment in the action franchise, and the pair sat beside each other for a hair-raising car chase.

However, Pegg's nerves about the high-speed sequence were quickly calmed when he realised the Top Gun star is an expert driver.

He tells British magazine Radar, "I never felt unsafe. He was so in command of that car. He would do an e-brake turn into an alleyway at 60 miles an hour and... I never felt like he was going to crash us... It makes me laugh sometimes just how much of a bloke he (Cruise) is."