Simon Pegg: 'I Really Like Hanging Out With Tom Cruise'

British Star Simon Pegg Loves Hanging Out With Tom Cruise And Is Adamant His Mission: Impossible Co-star Does Not Preach About Scientology. 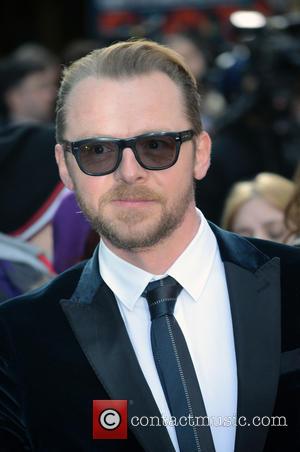 Picture: Simon Pegg - A host of stars were snapped on the red carpet as they arrived for the Jameson Empire Film Awards 2015 which were...

The actor is upfront about their friendship but insists that despite rumours, Cruise is not obsessed with his Scientologist lifestyle.

Pegg tells The Sunday Times Magazine, "I really like hanging out with him. We do these workouts together, which are a lot of fun. There's a lot of high-flying. A lot of fist-bumps. I get to see his Clark Kent side, d'you know what I mean? And it's interesting because the closer you get to Tom, the less complex he becomes. As the clouds of ridiculousness thin, there's this kind of... this ordinary man. You realise he's just a kid from Kentucky (sic) who's done well...

"I've known him for 10 years and (Scientology has) never come up. It's not something he talks about or preaches. I don't know what the story is. The thing about Tom is that he doesn't participate with the public persona of himself, or do anything to alter it. In fact I think he's quite happy to allow a degree of mystique to flow around him, because it makes him more enigmatic and more interesting as an actor."