UK Premiere of 'Hector And The Search For Happiness' [Pictures]

Scroll for photos from the glitzy premiere 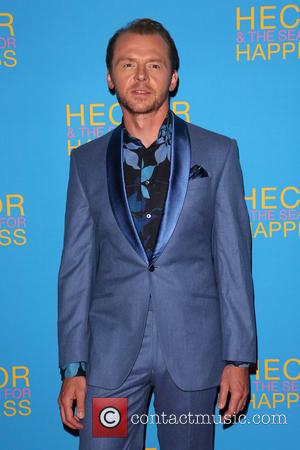 Simon Pegg and a bunch of celebs attended the UK premiere of 'Hector And The Search For Happiness' in London on Tuesday night.

Pegg’s character – Hector – has everything you could ostensibly want in life: an interesting job with a comfortable salary and a beautiful girlfriend, Clara (Rosamund Pike). But it soon dawns on Hector that there’s more to life than living in London, attending dinner parties and earning a decent wage – he wants to travel the world in the search for happiness.

But that doesn’t leave his friends and girlfriend feeling too great, and problems soon ensue. Hector has to appease Clara, reeling from the recent discovery that her boyfriend isn’t happy, while simultaneously attempting to find that very happiness.

Having worked on Star Trek and World’s End, Pegg said it wasn’t really “a terrible leap” to work on a film like ‘Hector’. “I really got on well with Peter Chelsom, who made the movie,” he explained to Movies.ie, “and it's nice to work with different people... I like working with my friends, obviously, that's my favourite thing to do, but it's also fun when you branch into pastures new; life outside your comfort zone. It was really really good fun, I really enjoyed it.”

Pegg, though, will be hoping that the critical response for his latest movie improves as the reviews so far have been less than favourable. “At times the whole thing is a hippie's beard whisker away from a clueless pop star on a charidee PR trip to a developing country,” notes Time Out’s Cath Clarke. “Despite the gusto its star brings to the role, it's hard to ride shotgun on Hector's voyage of discovery,” notes Empire’s Olly Richards.

More: Link to gallery - UK premiere of 'Hector And The Search For Happiness'

More: James Corden's Gone All USA: But Which Other Comedy Brits Have Flown Across The Pond?