The latest series of the X Factor looks set to be the most epic one yet - if the first promo is anything to go by. While every year The X Factor judges battle it out on our television screens, Simon Cowell and co have gone one step further this year, by starring in a Game Of Thrones-inspired commercial.

The minute-long promo shows Cowell and the other judges lead individual armies of hopefuls into battle for the X Factor throne, ahead of the much-anticipated new series this Autumn. 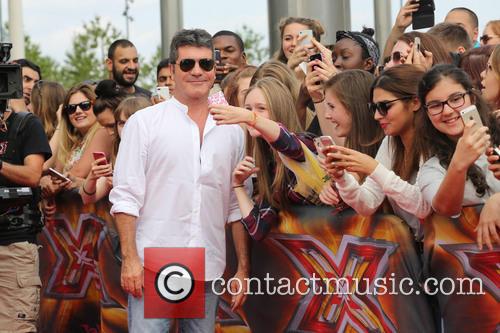 According to The Sun newspaper, the promotional clip was shot a Pinewood studios using state-of-the-art CGI and - at a cost of £1million - is the most expensive commercial in the show’s 10-year history.

This series will be the first to re-unite former judges Cheryl (who dropped her newly married name ahead of the show) and Simon Cowell. The panel is completed by X Factor veteran Louis Walsh and former Spice Girl Mel B - who can be heard yelling the battle cry of ‘things are about to get loud.’

The popular TV programme has produced some of the biggest stars in pop music, including One Direction, Olly Murs, Leona Lewis, JLS and Cher Lloyd.

Keeping up with the Game of Thrones theme, the ITV promo (which you can view here) closes by describing the latest series as ‘the quest for the best.’