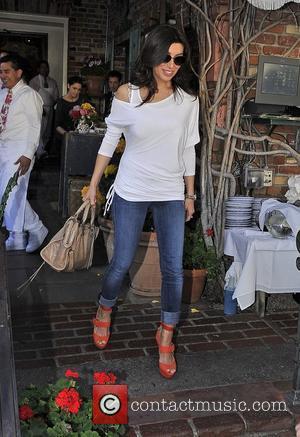 The Simon Cowell biography saga rumbles on after revelations from the author of the book detailing the music mogul's colourful personal life. Tom Bower has told the UK's Guardian newspaper that Cowell, 52, had sought to restrict his access in an attempt to influence the content of the work, titled 'Sweet Revenge.' Cowell apparently told his long term friend and confidante Sinitta that she wasn't allowed to speak to the author - right in front of Bower's face - whilst he also apparently managed to dissuade his bitter rival Simon Fuller from speaking either. In return Bower was able to speak to Cowell's mother and spend some 200 hours with the man himself, asking questions and gathering information.
Fuller apparently was given a note by an advisor of Cowell's saying that his employer wouldn't be supporting the forthcoming book, only for Cowell to obviously renege on that. However, it was a cagey process according to Bower, who said "His preference was to say, 'Tell me what you have got, and I'll give you my point of view on it.'"