Simon Cowell has revealed he is considering Usher and Paula Abdul to appear in the US version of 'The X Factor'. 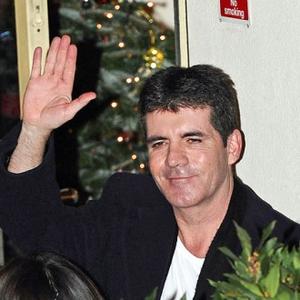 Simon Cowell has admitted Usher and Paula Abdul are in the frame for judging roles on 'The X Factor'.

The music mogul admits he has been bombarded with requests by celebrities desperate to sit on the panel with him when the star-search contest launches in the US this year and singled out the 'OMG' hitmaker and his former fellow 'American Idol' star as current contenders for the jobs.

He said: "I can't make up my mind. I've been meeting all these people every day and I like them and at the moment I could end up with about 23 judges on this panel.

When asked who else is in the running, he confirmed "Paula Abdul," before jokingly adding "Charlie Sheen."

Simon, 51, has also said he has had talks with singers Jessica Simpson and Shania Twain about the show, but also ruled some celebrities out of the running, including P. Diddy as he is "too expensive" as well as Christina Aguilera.

When asked about the 'Burlesque' singer - who gave a shambolic performance on the final of the UK version of the show last year - he simply replied: "Absolutely not".

'The X Factor' is set to start in the US this autumn.