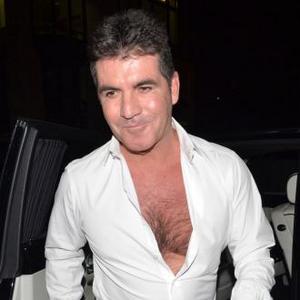 Simon Cowell thinks 'The Voice' copies the same format as 'The X Factor'.

The 52-year-old music mogul thinks the BBC1 singing contest is ''the same'' as his ITV1 talent show.

He said: ''That show puzzles me because it starts off and 'it's all about the voice'.

''So my first thought is, 'Why isn't this on radio?' because what's the point in looking at them. Then suddenly I'm watching it a week or two weeks ago and it's the same as The X Factor.

''They've got dancers behind them, graphics, lights. Same show.''

In a pre-recorded interview on Radio 4's 'Today', he told host James Naughtie that it isn't the only show inspired by his televised ideas.

He continued: ''I see a lot of shows trying to rip us off. If you try and rip somebody off it always looks like a bad copy.

''You've got to find a different way of doing things.''

The man behind 'Britain's Got Talent' also revealed how happy he is that 'The Voice' - whose judges include Jessie J, Tom Jones and Danny O'Donoghue - hasn't triumphed in the ratings wars.