In the wake of the robbery on Kim Kardashian, Cowell revealed that he had taken extra precautions with security around 'The X Factor's live shows this weekend.

In the aftermath of the high-profile robbery and attack on Kim Kardashian in Paris last weekend, Simon Cowell has revealed that he’s increased security around ‘The X Factor’ ahead of the live shows.

After weeks of auditions and Judges’ Houses, the live shows begin on Saturday night (October 8th), but the show’s head honcho admitted that recent events in the Kardashian world, coupled with fellow judge Nicole Scherzinger’s revelation that she had recently been harassed by a stalker, had led him to step up security around the show’s contestants and crew. 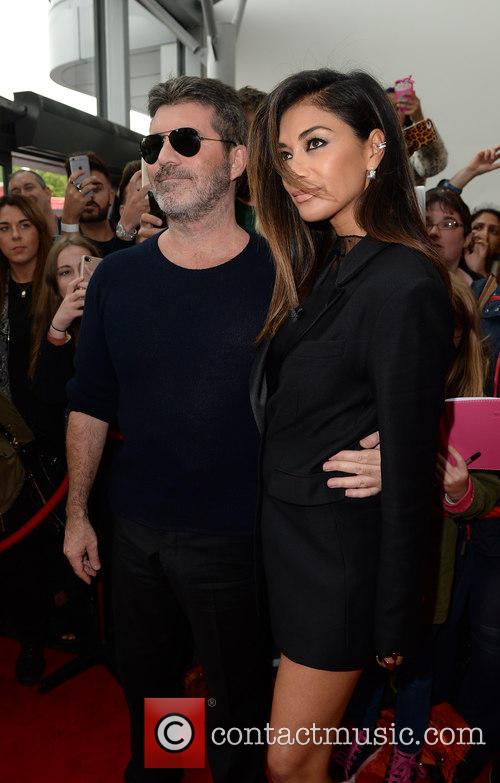 Asked by The Sun whether he was adding more staff to be vigilant around the set, Cowell replied: “Yeah, we are. You have to nowadays. It’s just gone a bit nuts. There’s a really dark side out there and Christ you’ve got to be careful.”

Cowell, of course, was the victim of a crime himself in the recent past, with his home being burgled in December 2015 while he and his family were asleep.

More: Man charged with burglary after break-in at Simon Cowell’s home in 2015

38 year old Scherzinger is also concerned about security, voicing her fears after what happened to Kardashian in Paris when armed men broke into the apartment she was staying in during the city’s fashion week.

“It’s a reality check, it’s a wake-up call,” the former Pussycat Doll said. “I was upset when I heard because Kim’s my friend. I only care about her well-being and the kids’ well-being as anybody would.”

She then revealed that she herself had recently come in for some unwanted attention from strangers following her time on ‘The X Factor’.

“Their lives will change and they will get a lot more attention. I’ve had stalkers, not to scare anybody. I thought I would be safe but I had people stalking me from the show. People who are just not right in the mind. You never know so you have to be well aware. It’s a wake-up call for everyone.”

More: ‘Keeping Up With The Kardashians’ filming put on hold as Kim recovers from robbery ordeal