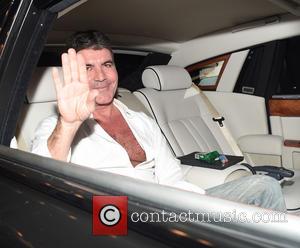 Simon Cowell has landed a new Guinness World Record after his Got Talent franchise was named the most successful reality Tv series on the planet.

The music and reality Tv mogul launched the brand with Britain's Got Talent in 2007 and the format has since been adapted for local versions in 58 countries across the globe, including America, Australia, France, Italy, China and Brazil.

The achievement has scored the Syco Entertainment and FremantleMedia series a place in history, overtaking Strictly Come Dancing as the biggest reality Tv hit in the world.

And new dad Cowell couldn't be happier at the news, declaring, "I am very proud that Got Talent is a homegrown British show. We owe its success to a group of very talented producers all over the world who have made this happen. And, of course, to amazing talent."