“I do remember the first time I ever sat down with him, he came into the dressing room while I was doing ‘The X Factor’, and I pitched him the show. We had one of the worst meetings I’ve ever had. When I say it was bad, it was bad. And I thought, ‘this is never gonna happen’.” 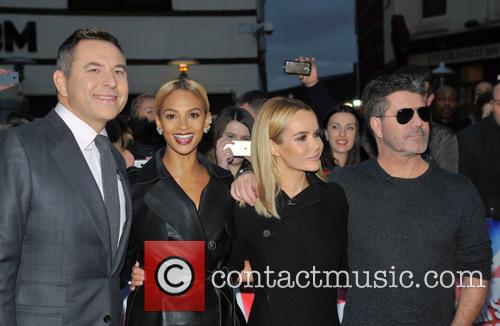 “Then a year later we had another conversation and he agreed to it. To be fair, he and the show are a perfect match.”

More: Simon Cowell creating first ever show for the BBC with ‘The Greatest Dancer’

The 12th season of ‘Britain’s Got Talent’ is coming to ITV this Saturday (April 14th), with the live shows later in the series to be hosted from the Hammersmith Apollo in London. Dec Donnelly is set to host the show solo, as his colleague Ant McPartlin continues to seek treatment following his drink-driving charge last month.

Speaking about his fellow panellists Alesha Dixon and Amanda Holden, Cowell was effusive in his praise. “They’re absolutely focused on the talent… but they’re hard work!”

Lastly, Cowell spoke about fatherhood and his four year old son, Eric, hinting that he’d like one day for his boy to take over the business. “I look at things through his eyes now, I want to spend more time with him. I'm lucky because he likes the show. So he comes down to the shows with me, because I'm sort of training him up… I'd love him to take over.”