Simon Cowell: 'I Suggested Mariah Try Out For American Idol' 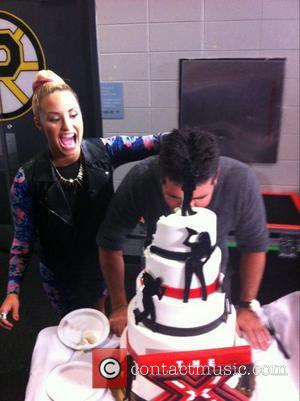 TV and music mogul Simon Cowell has dealt American Idol's new judge Mariah Carey a bitchy blow, revealing she originally asked him for a spot on his new U.S. TV talent show x factor - and he suggested she try out for his old spot instead.
Carey signed on as an Idol judge this summer (12) for a reported $18 million (£11.25 million) after Cowell had picked up Britney Spears and Demi Lovato as new mentors for his rival talent contest, and now the former Idol judge reveals the diva came to him first - and he suggested she'd have an easier time on the other show.
Catty Cowell tells In Touch magazine, "Mariah called me about X Factor and I met with her, but my main concern was that she might have found it harder on X Factor than on American Idol.
"Idol is a more gentle show and Mariah is not someone who wants to say 'no' to people... I think she'll have an easier time on American Idol than this show, definitely."
And the Brit, who will launch the second season of X Factor on Wednesday (12Sep12), insists he's more than happy with his two new hires, Spears and Lovato, who replace season one judges/mentors Nicole Scherzinger and Paula Abdul: "I am delighted. We literally only approached two people seriously, and that was Britney and Demi."