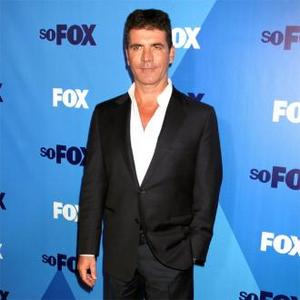 The 52-year-old 'X Factor' boss, who openly admits he would sleep with the mother-of-three - is believed to have had a brief romance with Katie, aka Jordan, shortly after the millennium.

A source told the Daily Star newspaper: ''There are people around who are 100 per cent sure that Simon and Kate were, briefly, an item in the early Noughties.

''She has admitted she fancied him and she fits his type perfectly - silicone breasts and lots of attitude.''

Katie, 33 - who was previously married to Peter Andre and cage fighter Alex Reid - has also admitted to having a soft spot for Simon - whose sex life has become a hot topic since the release of his unauthorised biography which claims he bedded Dannii Minogue and wanted to seduce Cheryl Cole.

Asked who her ideal man would be, she said: ''Maybe Simon Cowell? I wouldn't mind a bit.''

The Feeling seems to be mutual as when the music mogul was asked about the possibility of having Katie as a judge on 'The X Factor', he gushed: ''Yeah, that could work.

However, Simon's spokesman Max Clifford dismissed the report as a ''rumour'', while Katie's rep said: ''It's very funny.''