Rochelle Humes - host of 'The Xtra Factor' - has revealed 'X Factor' boss Simon Cowell is ''doing well'' as he copes with his grief following the death of his mother Julie Brett. 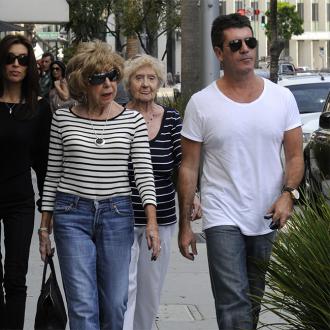 Simon Cowell is ''doing well'' following the death of his mother.

The music mogul was left devastated by the passing of his beloved mum Julie Brett earlier this month but has been throwing himself into work on 'The X Factor' in a bid to combat his grief.

'The Xtra Factor' host Rochelle Humes told the new issue of Star magazine: ''He's been through a really tough couple of weeks. It's a situation no one ever wants to be in.

''He's been upset but he's doing well and still working. Everyone is making sure he's alright. We're all thinking of him.''

And the 26-year-old beauty - who is a member of girl group The Saturdays - is enjoying working on the show because everyone is so close and supportive of one another.

She said: ''Everyone is really nice. It's such a nice team and everyone seems to get along really well.''

Julie died just a day before Simon was due to start recording 'The X Factor', but he recently insisted his speedy return to work is what his mother would have wanted.

He said: ''It sounds corny but it's exactly what she would have wanted me to do as she loved what I did. When it came to work, she would say, 'Get back and do what you enjoy'.''