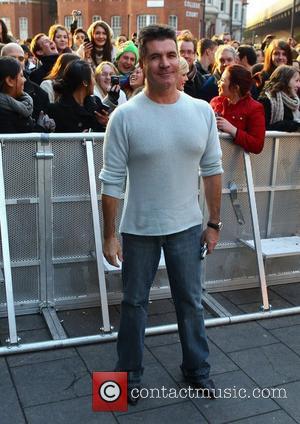 Simon Cowell has finally broken his silence on the recent cutthroat changes he made to The X Factor USA in preparation for the singing contest's second season on the Fox network.
Though the debut season of the show gained relatively strong viewing figures, criticism was aimed at the the judging line-up and host Steve Jones. The obscure Welsh television presenter was a strange choice to front the show, given that American Idol has a winning formula with a likeable yet recognisable host in Ryan Seacrest. Cowell has since axed Jones from the show, as well as fellow judges Nicole Scherzinger and Paula Abdul, but has no regrets, telling Extra's Terri Seymour, "I would've liked to have kept her (Abdul) She was very gracious and I said that to her. She understands it's business; it's never personal". As for Scherzinger, Simon said, "I don't think she's mad. I think she's disappointed". The only judge to survive the cull is L.A Reid, and Cowell speak of the importance of keeping him on-board, saying, "There's not a record executive out there who is as good as him for the job". Cowell has historically never been scared of making ruthless business decisions in order to maintain the popularity of his shows - he axed Cheryl Cole just days into her role on The X Factor Usa after bubbling discontent about whether American audiences would relate to the Girls Aloud singer.
As for who could replace the departing stars, Cowell was asked about Mariah Carey, to which he replied, "I would love her, but you can't expect someone who's just had two kids to make the kind of commitment you would need on this show".